2012 a motor gang in Timor got inspired by the
project and continued it.They did further experiments to increase the water capacity and received
a Technopreneur Award from a government bank.

2015 the Cabrejou foundation funded 60 desalination units on Savu.
The people who helped in 2004 got in contact with the organization and received
grants to produce the installations.

2016 experiments for an inflatable systems. 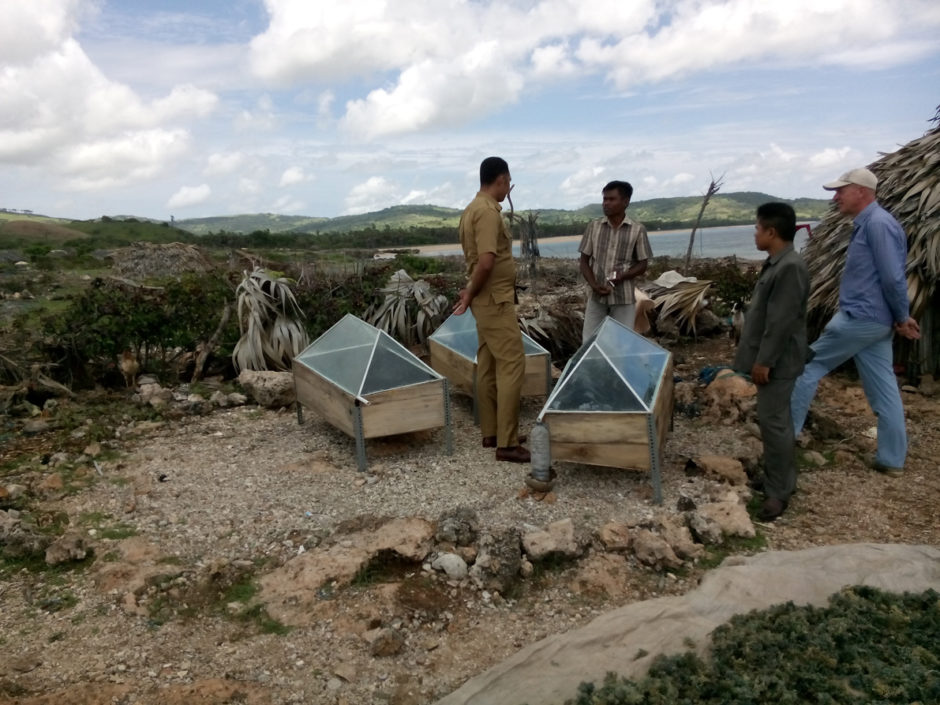 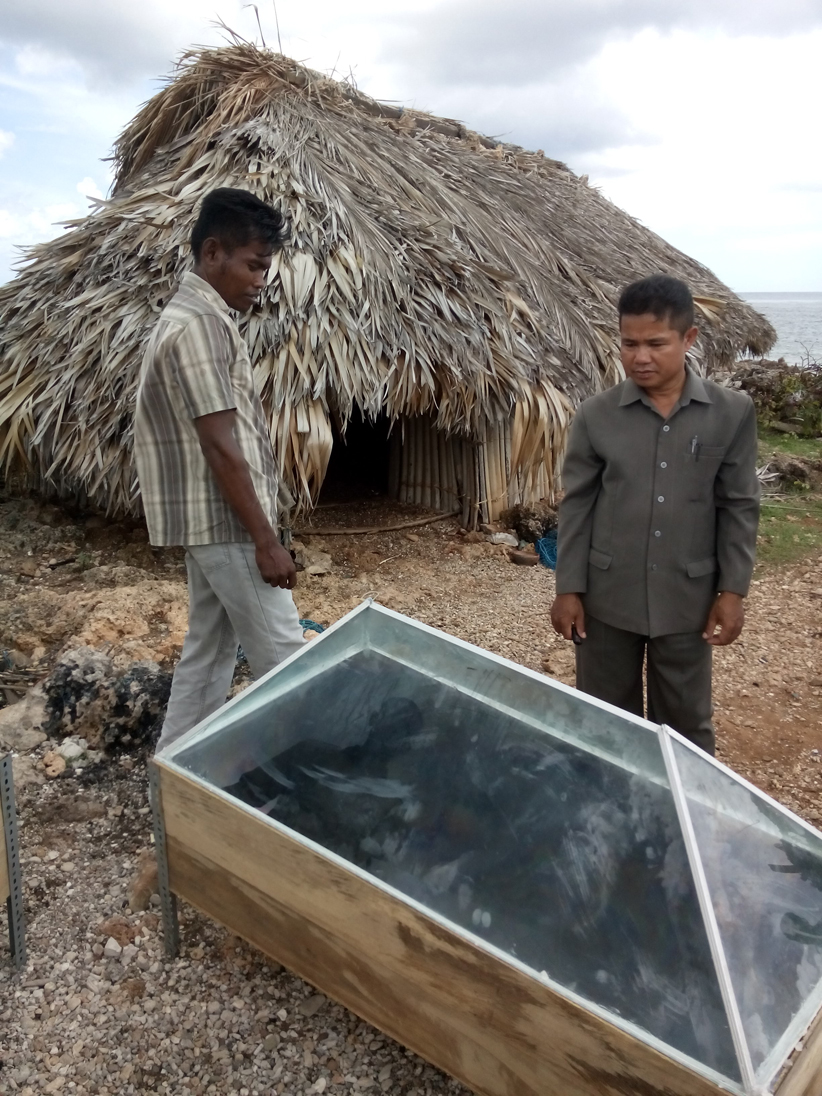 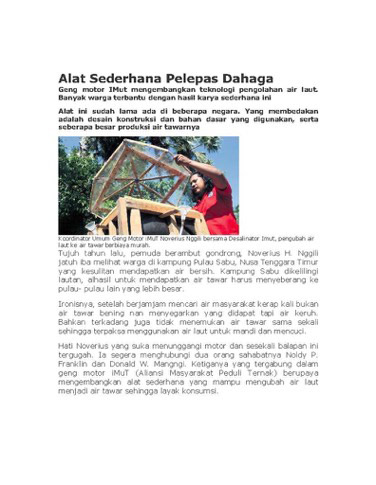 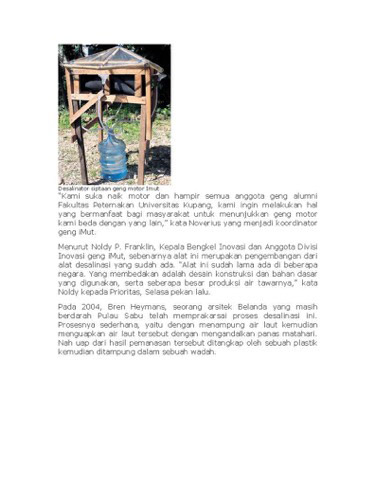 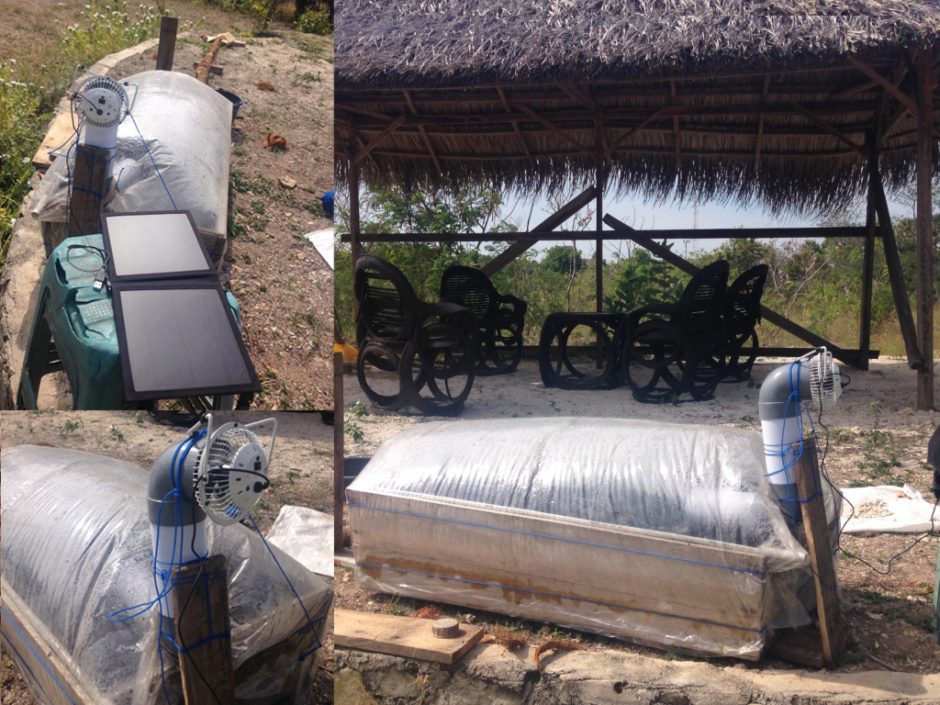